AppSealing, the most reliable name in mobile app security, announces all-round In-App protection in its latest release v.1.0.0.0 for native apps and mobile hybrid apps built on the React Native framework for Android.

The official announcement of the latest version will play an important role in delivering robust security for mobile hybrid apps and making it a complete solution to protect JavaScript and native code from reverse engineering and illegal code tampering. The comprehensive 360-degree solution is designed to prevent brand damage, financial loss, IP theft, and compliance risk… that too without Any Coding while offering the best industry-grade protection.

The React Native framework is built on the React JavaScript library maintained by Facebook and independent developers. It has made the task of developing Android apps easier and cost-effective. Many companies that want to quickly release their apps in the marketplace use this framework for both native apps as well as hybrid apps. However, this process opens up the app for hacking attempts, which can become detrimental to the brand image of companies as well as cause revenue loss.

AppSealing, the trusted name in In-App Protection has upped the security game with the release of the Hybrid App Security solution for Javascript protection. James Sungmin Ahn, CEO of INKA Entworks which owns the AppSealing brand, says, “Hackers intuitively understand the dependency companies place on the speedy releases of their apps. They know that this creates security lacunae which can be exploited easily. Hybrid AppSealing plugs this gap by taking the advantages it offers to native Android app developers and hybrid app developers who choose React Native framework.”

AppSealing has a strong runtime application self-protection (RASP security) feature that anticipates hacking attempts in the form of existing as well as emerging threats. Using the powerful AppSealing dashboard, web administrators can detect hacking attempts in real-time and, with the RASP security feature, stop the app altogether when the illegal entry seems to pose a grievous danger.

Dustin Hong, CTO of AppSealing, says, “The existing features of AppSealing include protecting javascript source code, native app code, network packets, compromised environment, and PII using powerful code encryption and other methods. Now with Hybrid AppSealing, we add the same features to hybrid apps built on the React Native framework. Developers of hybrid apps will be able to use the RASP feature to stop most attacks at runtime. Moreover, the AppSealing security layer ensures that hackers’ attempts to decompile the code or access memory dump illegally are frustrated at the outset.”

Hybrid apps offer multiple advantages to users and developers, especially the ones built on the React Native framework since this JavaScript-based framework is designed to create maximum user interface (UI) ease. Such apps allow developers to offer consistent UI across devices and browsers, which becomes a deciding factor for user adoption of the app. These features as well as the ease and low cost of development and lightweight of these apps make them immensely popular. But, most seasoned developers know that ease and security do not always coexist unless particular attention is paid to app protection. With Hybrid AppSealing, developers can rest assured that the highest grade of protection available to native apps is now available for hybrid apps too, which protects not just their JavaScript code but native code as well. 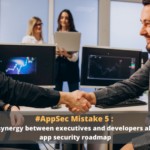