Today, a smartphone is more than just a calling device; it’s almost an additional limb, an integral part of people’s everyday lives. What makes people rely on and frequently use their smartphones are the applications that they depend on to perform day-to-day activities.

The amount of private and sensitive data that is shared via these mobile apps daily is staggering, and considering that there were over six billion smartphone users in 2021 alone, it’s evident that breaking into an app could cause catastrophic damage. Mobile app security is an absolute priority for developers.

Jumping into the topic of xamarin app security, this article delves into some security vulnerabilities that could exist in Xamarin apps and what you, as a developer, can do to safeguard the app.

Apps on Xamarin are built using .NET and C# and can quickly be launched on iOS and Android devices (with some tweaks to suit each platform). This greatly reduces the build process.

One challenge with veering away from native app builders and going with Xamarin is security. For example, you can safeguard native apps against reverse engineering through code obfuscation by using tools like ProGuard or DashO. These tools cannot be directly used for an app built with Xamarin.

Without the right protection, an attacker can download the Xamarin app from a public play store, reverse engineer it, and then find vulnerabilities to exploit.

Yes, Microsoft has implemented security protocols within their framework that Xamarin apps inherit, features like certificate pinning and the ignoring of system proxy settings. However, developers still need to implement additional security measures to safeguard apps against reverse engineering and hacks.

Since anyone can download mobile apps, they can easily be loaded onto untrusted environments and then probed. .NET executables (which are used in Xamarin) can be reverse-engineered using free tools like ILSpy, dotPeek, and JustDecompile, or any other decompiler and a debugger.

Once an attacker has disassembled the app, they can fish for vulnerabilities, find ways to bypass security, steal data, pirate the app, and so on. In most cases, developers and security teams won’t know an app has been cracked until it’s too late.

Fortunately, Xamarin apps can be protected even if used in untrusted environments. There are .NET obfuscators like Dotfuscator, NETGuard.IO, ArmDot, and so on that can be used to make Xamarin apps resilient to reverse engineering, debugging, and snooping.

Obfuscators put in place different layers of security like obfuscation, root detection, encryption, and tamper-proofing to make the app more resistant to exploits. These security measures and protocols are injected into the Xamarin app’s code, so security becomes a part of the code rather than an additional plugin that can be disconnected.

Applications use APIs to enable communication between the smartphone on which it is installed and the server that processes requests. This allows processing and storage to be executed on the server and minimizes the storage and processing power used by the user’s phone. APIs execute processes like authentication, data transfer, and so on by creating a communication channel between the phone and the backend server.

While this is an elegant and efficient method, it also creates a vulnerability. Attackers can use a local proxy to hijack communications via the API between the smartphone and the server. Since APIs handle private and sensitive data, this is quite a potent threat. Once a proxy has been established, the attacker can steal information or even modify data.

Fortunately, Xamarin has inbuilt security measures to plug this threat. Xamarin apps can be set up to ignore local device proxy settings. With this in place, an attacker cannot use a proxy to route traffic because the app simply ignores the device’s system proxy settings. This does not completely eliminate the threat of proxy attacks but certainly does limit it and should be explored by developers.

Xamarin has greatly reduced the time and effort needed to build applications for multiple operating systems, and for developers, it is clearly a platform they must jump onto. That being said, the inherent security issues that come with foregoing a native app builder for the convenience of Xamarin need to be addressed before any app is launched to the public. Hopefully, the measures listed in this article will help you enhance the security of your Xamarin apps. 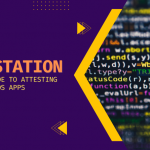 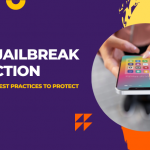 How to safeguard iOS apps from jailbreak and jailbreak hiding tools?AppSealing Blog