iOS devices are heavily protected against installation of malicious software and only permit installation of applications approved by the manufacturer. The term jailbreaking refers to the removal of such restrictions imposed by developers. Jailbreaking gives root access to a device. Both device users and hackers jailbreak devices. While users do it just to enjoy more access to content and resources, hackers jailbreak devices with ill motives. Jailbroken devices are free from Apple’s walled garden safety, making apps running on them easy to hack or remotely access for malicious actors. Hackers accomplish jailbreaking by exploiting bugs or modifying system kernels. They develop jailbreak tools after analyzing and exploiting system vulnerabilities in Apple devices. They can install more advanced hacking tools and disable security protections in the device once the device is jailbroken. Data breaches, malware installation, reduced battery life, and no automatic updates are the major security risks associated with jailbreaking.

Let’s delve further into jailbreak hiding tools and different ways to protect iOS apps against jailbreaking in this article.

What are Jailbreak hiding tools?

Jailbreaking makes it easier to hack iOS apps. Developers hence employ jailbreak detection to protect the apps from security risks posed by jailbreaking. However, hackers try to bypass jailbreak protection and launch cyberattacks on apps with the help of jailbreak hiding tools. Jailbreak hiding tools enable hackers to evade protection or hide the fact that the device is jailbroken. Hackers can operate and execute functions in a jailbroken environment for longer if they can successfully bypass jailbreak detection. The use of jailbreak bypass tools helps hackers achieve several objectives such as modifying in-app purchases with advanced tools like emulators, modifying app workflows, injecting malicious code, and tracking the app’s source code among others.

How to protect iOS apps against jailbreak and jailbreak hiding tools?

Mobile app developers need to build jailbreak prevention so applications are shielded from the negative impacts of jailbreaking. Developers must first be aware of the terrain the application is operating in to understand risk exposure and tackle security issues with effective measures. Implementing jailbreak prevention enables developers to shield apps operating on jailbroken devices from runtime attacks. Jailbreak modifies the app attack surface leaving it vulnerable to an attack. Jailbreak prevention can be built into an application in two ways – one by coding with the help of third-party tools and one without coding. Developers must adopt the below-listed security best practices to ensure the protection of iOS apps against jailbreak and jailbreak hiding tools:

Jailbreak checks must be conducted continuously and not just during app initialization.

Apps that are developed in a non-native framework or cross-platform need to be detected for jailbreak at multiple code and API layers. This is applicable for apps built with multiple programming languages such as Swift + Objective C as well. Apps with dependencies on a specific coding language demand the implementation of a broad range of solutions for complete protection.

Jailbreak prevention mechanisms alone cannot protect iOS applications from security threats. Jailbreak prevention should be implemented in tandem with security measures such as obfuscation, RASP (runtime application self-protection), encryption, anti-tampering, app shielding, anti-debugging, etc. Developers should implement comprehensive security solutions to fight sophisticated hacking methods. Apps installed on jailbroken devices are not secure and hackers can easily reverse engineer the app and use it for malicious purposes. App security can be ensured only if a host of measures are applied simultaneously within the app.

Even if the hackers are unsuccessful in jailbreaking the phone, they can still perform reverse engineering to steal data. iOS apps thus need to be protected with comprehensive security solutions. Developers need to address two types of security risks – jailbreaking and jailbreak hiding tools. iOS apps must be able to defend themselves if running on jailbroken devices. Runtime protection is a critical security measure to safeguard apps in a compromised environment.

Hackers can control the device once it is jailbroken and modify signals or outcomes which affect app behavior. Hackers can send fake signals which can mislead app users into performing harmful actions. An anti-jailbreak mechanism is a prerequisite to safeguard app data and protect user privacy. As cyberattacks become more sophisticated, developers are deploying security tools with advanced capabilities to thwart jailbreaking attempts. Following the security best practices discussed in this article will help iOS app developers keep mobile apps safe from attacks.

Looking for zero coding security solutions for app protection? Appsealing specializes in mobile app security to empower developers and security professionals with robust security solutions. We provide scalable protection for Android, iOS, and Hybrid apps across verticals such as gaming, fintech, e-commerce, and movies. With advanced threat analytics on attack vectors and runtime application self-protection, we secure apps with patented technology that ensures comprehensive security.  Get in touch with us today to leverage security solutions that don’t impact app performance. 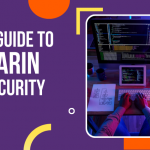 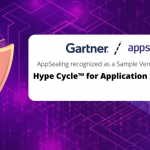 AppSealing recognized as a Sample Vendor in the Gartner Hype Cycle for Application Security, 2022AppSealing Blog