Security needs to be a part of everyone’s job. That’s what DevOps Security or DevSecOps is all about. More often than not, security is an afterthought and comes at a much later stage when a product is ready to be taken to the market. And then the inevitable happens – threats, attacks and the much dreaded financial and reputational losses. In essence, DevSecOps believes that every team is responsible for the security of applications. Otherwise, applications may work well from a functional or business perspective, but could fail when it comes to security. Development, operations and security – all 3 when working in conjunction can make applications a lot more robust. People, processes and technology then have a common goal to achieve while taking their applications to the market.

DevOps security, also called DevSecOps, the principle here is straight forward – security needs to be built across all the phases of an application lifecycle. Be it development, design, build, test, release, post-live support or maintenance, security is a core concept that cannot be left to chance. The focus is on ensuring that applications are developed at scale, with security being given equal importance. As applications are built and deployed into multiple containers which need to communicate with each other, data sharing and storage are two key components which require dedicated effort and strategies. Then there is the communication with other tool sets and applications. This means traditional development environments are undergoing rapid changes as the applications become more complex and advanced. With DevSecOps, everybody part of the product life cycle knows that security cannot be compromised. And they work towards ensuring the same gets followed.

Any shift from a traditional model to an advanced model takes its own time and comes with its own challenges. The agile nature of DevOps Security does pose some initial challenges. Some of them are:

First and foremost, multiple functions need to come together to develop an application with a holistic mindset. This includes teams which work on requirements, coding, testing, deployment, operations, implementation etc. Teams sometimes can find themselves getting a little overwhelmed when it comes to the rapid pace of changes happening all around. Though collaboration is a major plus point, the complex levels of automation and intense monitoring can be challenging. Since scaling the operations is a lot more feasible, the rate of change in a particular environment is also a lot.

The attack surface increases too since attackers can easily make some configuration changes to make the resources accessible to the public internet traffic. Sometimes teams end up covering similar use cases which means duplicate effort leading to decreased productivity. This is where a project plan and a keen eye on activities and trackers help.

Another challenge occurs when teams start focusing on velocity to ensure the application gets ready at the earliest. In the process, configuration files and credentials are sometimes not secured, ending up in the hands of the attackers. Here again it is important to ensure that teams are given sufficient time to review work files before giving a go-ahead for the next steps/stages.

As we saw above, DevOps Security has quite a few challenges. This is where some best practices and useful tips come in handy.

Alignment Between Pace and Coverage:

DevOps usually focuses on speed with teams rushing to fix functional issues. This often gains precedence and security teams might end up either playing catch up or missing out on important tests from a security perspective. A proper alignment between the two teams is thus important and the project should compulsorily move to the next stage only when the tests and checks are completed by both teams – functional and security-related. Checks for configuration files, credentials, access rules, code analysis, vulnerabilities etc. can all be completed if security is given proper importance and focus.

Security and development can go hand in hand, if only properly planned. Many are of the opinion that focusing on security could slow things down. The fact that security focus could help make defect fixing a lot easier and cheaper in the later stages is worth considering here. A well-planned change management process and training modules help teams be on the same side of each other. Training development teams to cover security use cases also helps.

Keeping an Eye on Security Malpractices:

Sharing files, forgetting to delete access folders, or rushing to tick items off a list could lead to security malpractices cropping up. Similarly, poor privileged access controls around the usage of account details, APIs, tokens etc. could put teams in a difficult situation.

Testing and security checks are great at the start of a project, but teams should ensure to test applications at later stages too, especially after going live since the attack surface is a lot wider

When security is considered during the coding phase, a big chunk of the issues can be covered and nipped in the bud. Using security tools to identify and fix vulnerabilities and security loopholes is a great idea here

Leverage the Power of Automation and Undertake Vulnerability Assessment:

A lot of the heavy lifting when it comes to code analysis, configuration settings, security checks would be a lot simpler when managed automatically. Vulnerability scans also help

Enabling DevSecOps holistically can be considered as a 3-step process encompassing:

Why DevSecOps when you have DevOps?

In simple terms, DevOps focuses on development, operations and has application security as an additional aspect that may or may not get equal importance as the other 2 aspects. In DevSecOps, development, operations, application security and security as a whole are all given due importance. In an increasingly complex and insecure world, DevSecOps makes a lot more sense since all the aspects of an application are given importance. This means that a product or application has to be functionally strong and securely robust. Though both the methodologies follow agile principles, DevSecOps has increased collaboration and much better workflows. Security is considered all throughout the phases of an application, which means recovery speeds are faster. It also helps save cost, energy and resources to identify and fix issues. Companies could lose lots of money apart from staring at reputational damages if security loopholes are discovered and acted upon once an application goes live. When security responsibilities are shifted left, the applications can just become a lot better for the end users too.

As we saw, security in today’s world is important. An application, no matter how great it might be from a functional or usability point of view, will fall flat if the security controls are not in place. Emerging practices like runtime application self protection (RASP) are worth considering when teams want to be sure about checking all the boxes of application security – not just towards the end of a project but throughout the project lifecycle. It predominantly helps check for runtime threats and provides relevant alerts for quick actions. Application security professionals can also leverage multiple dashboards to always be one step ahead of the attackers. If this sounds like something you would love to explore, check out our data encryption solution right away! 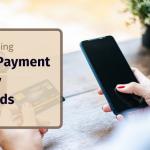