Tampering is one of the leading causes of security breaches which means an anti-tamper technology is indispensable to protect assets and information from breach. Hackers with malicious intent always look for the weakest link to exploit and gain unauthorized access. Both hardware and software need to be protected from tampering. This article will walk you through anti-tamper solutions that can safeguard your enterprise from breach and financial losses. Let’s dive in and explore them.

Anti-tamper solutions include tamper prevention, tamper detection, tamper response and tamper evidence. A tamper-resistant system should be designed to block hackers from manipulating critical data. There are several tamper prevention and detection mechanisms that can be deployed to thwart attempts to modify a software or hardware.

Hackers try to manipulate the code and behavior of the program with several tampering techniques. Tampering techniques commonly employed by hackers include installation of backdoors and rootkits, disabling security monitoring and weakening authentication systems, injecting malicious code to gain access to sensitive data, interfering with control flow and communication, extracting data and algorithms by manipulating code and app repackaging.

Similar to how the hardware components can be tampered with, software too needs protection from tampering. An anti-tamper software is a software that makes it difficult for hackers to modify or manipulate it. There are both active and passive measures that can be implemented to prevent tampering. Passive measures include obfuscation that prevents attempts at reverse engineering. Active measures include anti-tamper detection techniques that force the program to shut down or malfunction when any attempts to modify it occur. Applications are susceptible to attacks right from the development stage till the final deployment and maintenance stage.

An application’s efficiency and security is dependent on its ability to thwart tampering attempts. Both hardware and software components need to be safeguarded against tampering. A secure hardware design along with anti-tamper software is critical to achieve complete protection.

App repackaging is one of the major threats posed by tampering. Hackers can clone your application which subsequently leads to major financial losses as well as loss of customer trust. Tampering can also result in runtime manipulation and IP theft. An anti-tamper technology is essential to  prevent information leaks and breach of physical security boundaries. Anti-tamper technology may increase the size of the application but that actually makes the hacker’s job more difficult.

Appsealing is a top-notch security solution provider specializing in protection of Android, iOS and Hybrid apps. With deep expertise in catering to gaming, fintech, ecommerce, movies and O2O industries, it deploys robust security solutions with zero coding. Compatible with third-party tools, its security solutions ensure runtime protection of applications with threat analytics on attack vectors and no impact on app performance. Get in touch with us today to secure mobile apps instantly with robust solutions. 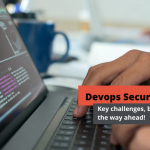 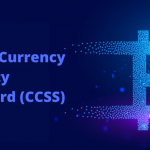