In 2015, the mobile game market has evolved and so did the Mobile Game Security needs. AppSealing witnessed that change and revamped its approach in mobile security solution as well.

So far, AppSealing charged its users based on Monthly Active Unique Devices. Which means that every month, AppSealing would count the number of unique devices that launched a particular game and charges its mobile game protection accordingly. Now, AppSealing pricing will be simpler and will better match the needs of the mobile games industry.

Evolution of the mobile game market

The mobile game market saw a proliferation of developers in the years of 2013-2014 which was a good sign of growing potential. Many (indie) developers appeared and we saw so many more games released in the app stores. However, what looked like a rush to the gold suddenly changed in 2015.

2015 has been the year of the concentration.

What happened is another sign, we saw a few major studios leading the market and a huge number of indie developers challenging them. In other words, we saw the mobile game market getting more mature. All digital and games media have been reporting this and of course, at AppSealing, we also witnessed it.

But why did it happen? Well, you know, money.

We all acknowledge that the mobile game market is big and growing, however, the competition is extremely tough in mobile app and mobile game worlds. There are millions of applications and games available in the app stores so getting noticed is a challenge. Which means that marketing becomes critical to attract users and get downloads. As a consequence, the games with huge marketing budget get most of the exposure, downloads and of course revenue.

For example, in 2014 for the Android platform, the top 20 developers took 64% of the revenue ($5B) leaving the rest ($3B) to over 380,000 developers. There is a clear segmentation of the mobile game developers landscape so for AppSealing it means a different approach in mobile game security.

At AppSealing, we decided to change the metric from MAU (Monthly Active Unique device) to Returned Device (D7) and we believe it makes more sense. Here is why.

AppSealing charges $0.10 USD for each Returned Device. The pricing is straightforward. Like many services, we bill monthly. And the AppSealing fee is directly tied to the number of Returned Devices.

When it comes to launching a new game, the marketing is intense in the early stage and getting traction for the game can be tricky. So, in order to help make the game successful, AppSealing won’t charge its new users for the first 30 days. Yes, it means that your game will be protected on all devices for free for 30 days.

We also know that having a successful and profitable mobile game is challenging, that’s why AppSealing users won’t pay anything until they reach 3,000 Returned Devices per month. Basically, it means that every month, AppSealing will protect your game on 3,000 new engaged devices for free.

As the landscape for mobile game market evolves into a few but large development studios, we think that there should be an appropriate offer. Large game development studios release several games per year and each of their games reach several millions of downloads. So, the pricing model per Returned Device may not be applied.

In this case, we encourage studios to contact us. We will then study and suggest an enterprise plan tailored to the studio’s specific and large mobile game security needs.

Within this Enterprise plan, we offer specific features:

While the need for security in the mobile game world remains, and is probably stronger, the market has evolved and therefore AppSealing offer. With this change, AppSealing can provide all game development studios, with the offer that suits them. And still ensuring a reasonable and fair price. 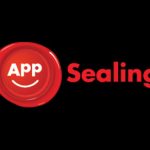 AppSealing story or why we are hereMeet with us

AppSealing partners with GMO Cloud to distribute services in JapanAnnouncement