There can be an array of motives behind a cyberattack with the most common motive being financial gains. Irrespective of the motive, the consequences can be quite disastrous for the victims of cyberattacks. While it’s good news that technology has witnessed rapid advancements, malicious actors on the other hand are constantly on the lookout for loopholes to misuse technology for malicious purposes.

Rootkit is one of the most common malicious programs used to gain unauthorized access to a system. This article will walk you through the potential threats posed by rootkit and measures to prevent a rootkit attack.

What is a rootkit?

Rootkit was originally used to describe tools that facilitate access to a system. But in recent years, rootkit has been associated with malicious programs. A rootkit is malicious software that enables privileged access to a system or network. However, it is hard to detect the presence of a rootkit in a system which makes it a dangerous security threat. A rootkit also negatively affects the performance of the device.

Rootkits are used by hackers to conceal themselves while taking control of the system. Rootkits have the potential to deactivate antivirus and antimalware programs installed in the computer. Hackers can spy on user behavior, steal personal data and launch attacks by gaining root level access to the system through rootkits.

Possible outcomes of a rootkit attack

A rootkit attack can have adverse effects on the system and put personal data at risk. Rootkits help hackers gain remote access to every aspect of the operating system. Rootkits depend on clandestine methods to launch attacks. Listed below are a few possible outcomes of a rootkit attack that organizations need to be aware of:

Rootkit is a stealthy malware that remains installed in the system without getting detected. Such rootkits give hackers an opportunity to install additional malware that goes undetected by users and antivirus programs. Antivirus programs get deactivated without the user even realizing it.

Since rootkits can be concealed, sensitive information such as usernames and passwords, credit card numbers and other financial data can be easily stolen with the help of rootkits. Hackers can either target personal information of individuals or confidential information of organizations through the installation of rootkits.

Hackers gain access to the operating system via rootkits which enables them to delete directories, registry keys, and other files. Operating system code too can be deleted.

Malicious actors use rootkits as a means to intercept personal information and communication of users. Hackers can use rootkits to spy on user’s messages and emails.

A rootkit attack can lead to remote execution of files on target systems. Rootkits can successfully subvert antimalware programs and execute files remotely.

Rootkits also enables hackers to alter system configurations. Rootkits can open TCP ports inside the firewall or alter system startup scripts. The outcome is that hackers gain remote access and exploit the system for malicious purposes.

Application rootkits work by replacing original files on the computer with infected files. These rootkits are capable of modifying application and API behavior. MS Office, Notepad and Paint are some of the programs that get affected by this type of rootkits. Whenever users run these applications, hackers get a chance to intrude and gain unauthorized access to your computer. However, these rootkits are comparatively easy to detect as they operate on the same application layer as the antivirus programs.

This can be referred to as a variant of the kernel-mode rootkit. Bootkits target the computer’s Master Boot Record (MBR). Every time you start your computer, it goes to the MBR for instructions to load the operating system. If your computer is infected with bootkits, the bootkits.will load whenever the computer turns to MBR. In fact, bootkits load and become active even before the original operating system loads.

Firmware rootkits are those that remain hidden inside the firmware. Firmware is a software program that provides low-level control for specific hardware in the device. These rootkits hide inside the firmware when the user switches off the computer and becomes active when the device is turned on again. Removing firmware rootkits is quite an ordeal. Even after deactivating this rootkit with a rootkit scanner, it will come back again the next time the user turns on the device.

How to prevent a rootkit attack?

Rootkit attacks can be prevented if you follow a few security best practices. Most often a rootkit infects a computer when users unknowingly download malicious software. Listed below are a few measures you can take to prevent a rootkit attack:

1. Use scanners and rootkit removers

Scanners are effective against rootkit attacks. Scanners are used to analyze and detect rootkits in the entire system. Rootkit scanners are most effective against application rootkits. Kernel, bootkits, and firmware rootkits cannot be removed with rootkit scanners. It is therefore recommended that organizations use multiple scanners in tandem for complete protection of the system. Backup all your data, delete and reinstall the system to ensure protection from more sophisticated rootkits such as bootkits or firmware rootkits.

Phishing attacks are usually launched through emails to deceive users into downloading infected files. Users end up downloading these attachments as it is sometimes difficult to differentiate between real and fake emails. Users in the organization must be warned against emails and messages from unknown sources. Even incoming emails from trusted contacts need to be closely reviewed for anything suspicious.

All software programs need to be updated regularly so there aren’t any security loopholes that hackers can exploit. Legacy software especially can be exploited easily as the security is heavily compromised here. Enterprises and users should pay attention to the software updates released from time to time to fix vulnerabilities. Patching vulnerabilities in operating systems are essential to preventing hackers from successfully launching a malware attack.

As malware and rootkit attacks become more advanced, security measures to need to keep up with the evolving threat landscape. Organizations need to invest in antivirus programs that utilize machine learning and behavioral heuristics to detect anomalies in the system. Such advanced security measures facilitate early detection of rootkit, pinpoint the origin of the attack, and prevent it from tampering with the system.

Rootkits deceive users into giving permission for malicious elements to be installed in the device. Rootkit developers take special care to ensure the malware remains undetected in the system, thus posing a major threat to the security of the entire organization. However, there are a few signs that will help you detect the presence of an active rootkit in your network. If the anti malware stops running, window settings change without user intervention and device or app performance gets severely affected, chances are that your system is infected with a rootkit attack. Backdoor.Rustock.B. is a popular example of a rootkit acting as a backdoor. This rootkit attack caused 50-75% of spam when it was first detected.

Organizations can take measures to prevent a rootkit attack as well as remove rootkits that have already infected the system. However, removing certain types of rootkits running in the OS kernel, firmware or storage boot sector can be quite difficult. No single tool can provide complete protection against all rootkits. Securing the system against rootkit attacks demands a comprehensive approach.

Rootkits are sometimes installed intentionally as well to provide a security layer against malicious actions. There are certain anti software programs that use rootkits to protect themselves. Rootkits are even used to prevent cheating in online games.

1. Why are rootkits a critical threat to security?

Hackers can gain access to your computer with rootkits while the rootkits remain undetectable in the system. They can install additional malware, remove files or take control of the entire system. As the rootkit remains undetected, it can cause significant damage without even the user realizing it.

2. What signs indicate the presence of a rootkit?

Though rootkits are undetectable, you can notice some visible changes with respect to how your app or system behaves. Listed below are a few signs to look out for:

3. Can you detect rootkits with our security solutions?

Yes. Our security solutions are designed to detect rootkits and protect your apps from known and unknown threats. We provide advanced threat analytics on attack vectors for you to get a comprehensive view of the security risks. You can get in touch with us for all your security needs.

4. Are rootkits a type of virus?

Rootkits cannot be referred to as a type of virus. Rootkits and viruses are both, however, a type of malware. Rootkits are undetectable whereas viruses can be easily spotted.

There are different types of rootkits that have different impacts on the system. Some rootkits do modify files in the system kernel thereby taking control of the entire system. It can also tamper with the computer’s ability to log events in order to eliminate any information suggesting an attack on the system. The rootkits’ presence is effectively concealed through such manipulation.

Appsealing is a premier security solutions provider for Android, iOS, and Hybrid mobile apps. With easy-to-implement, zero coding protection and advanced threat analytics, we ensure robust security for apps across gaming, movies, fintech, and e-commerce industries among others. Compatible with third-party tools, our security solutions are designed to meet the evolving needs of app developers with no impact on app performance. Get in touch with us today for end-to-end security solutions for your app!

What is FISMA compliance? Here’s everything you need to knowAppSealing News, AppSealing Blog 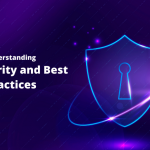