It was important for the fintech firm to ensure privacy of customer data and overall information security when financial transactions were made using the app. Since the firm manages customers’ financial portfolios through the app, it sought to prevent malicious app intrusions, social and reverse engineering processes, emulation attempts, data theft, and API hacking. When AppSealing conducted a detailed analysis of the client’s mobile app, it found the following vulnerabilities to be present in it. 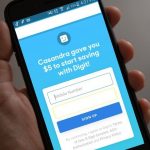