88%. That’s the amount of time we spend on apps. There are apps created for literally everything under the sun. Mobile apps are expected to register a revenue of $935Bn by 2023 and there are already around 2.87 million apps on Google Play Store. An average smartphone user uses almost 10 apps per day. These are not mere numbers, but tell a compelling story about the importance and growth of mobile apps in our lives, be it for business or personal use. This also shows how relevant mobile application security in the current times is. App wrapping is one way to achieve the goal of securing mobile applications as and when they are developed. But is it enough? Let us find out!

Through app wrapping, software administrators and developers can implement security policies in applications allowing/restricting certain actions. This helps a company’s employees with corporate-owned or personal devices to download apps without any worries. This doesn’t impact the functionality in any way and helps protect data at the source. App wrapping helps protect the operating system, so that any actions taken by users are governed as per the policies and rules. For example, sending an SMS from an iOS device is only possible through its own built-in app. App wrapping is usually undertaken by using an SDK of the app or through an EMM (Enterprise Mobility Management) vendor.

The key point of app wrapping is that it is just concerned with what actions users can take. The main focus is to avoid any security loopholes or data breaches. A simple code covering specific instructions is injected in the enterprise binary, without impacting the functionality or the features of the app. It requires minor tweaks, allows users to pick and choose elements that need to be controlled and provides pre-existing software for commonly restricted elements.

Policies can be set by companies to ensure that certain actions are restricted. Some typical examples of policies could be:

Containerization is also another way of securing a mobile app – but it is done in a slightly different way. Here, an app and its data are stored in separate encrypted zones within a mobile device. Different versions of codes are used and it does have its own limitations. It is a little more complicated than app wrapping, since extending it to 3rd party apps is a challenge and it usually comes with only one set of policies. This means a single breach will expose many other apps related to a company. Also, there is a limit to the number of apps an employee can use.

App wrapping has had its own journey. It helps protect the OS and the user in a simple way through tight controls. For example, an admin can restrict copy-paste activity when it comes to corporate data present in an app. OS-specific restrictions can also be imposed. For example: camera capture can be blocked in certain applications. But it does put a lot of load on the resources like processor performance, data storage etc. which could ultimately lead to slower performance and impact the end-user experience. Sometimes companies might have to invest in an additional tool to protect the wrapper itself. Security is also not complete or top-notch. For example, even though a wrapper can protect other applications from connecting to a specific one, the data that is already present in the device can still get exposed and accessed.

Should You Consider App Wrapping?

App wrapping is a good starting point but its limitations cannot be overlooked. Since security policies are getting updated regularly, applications need to be protected in a much more holistic way. App wrapping alone might not suffice. This is where a runtime application self-protection (RASP) solution could add further value by holistically scanning mobile applications in real time for any threats or security loopholes. Since applications interact with a host of other players in the mobile ecosystem like users, back-end servers and databases apart from other applications, protection of app and user data are both crucial. Attack vectors have been evolving and RASP is the perfect answer to deal with them since apart from just monitoring for threats in real time, RASP can also initiate measures to stop them. AppSealing’s no-code deployment and seamless integration ensure that the RASP program gets embedded in the app program’s code as a robust framework for continuous monitoring and protection. Its learning capabilities also ensure that it is always one step ahead of attackers. Try it today! 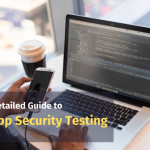