As most of us know already, reverse engineering relies on attempting to understand how a system works without having any insights into how exactly the tasks are accomplished and, oftentimes, without access to the source code. Anti-reverse engineering is an art in itself.

Anti-reverse engineering offers techniques which make it difficult to reverse engineer an application. Unfortunately, these techniques are often exploited by hackers to prevent detection. It is a good tool for hackers to gain access or knowledge about specific applications, based on which attacks can take place in the future. But a great tool for attackers would mean bad news for businesses. Well, to make things easier for you, we are having a quick crash course here on anti-reverse engineering. Read on!

The job of a cyber security professional is to make it difficult for a hacker to understand a system. With inline functions, this is exactly what is achieved. When functions are marked inline, the executables become more bloated causing confusion to the hackers.

Usually, executing a section of code should take a certain amount of time. For smaller sections, the time taken will be far lesser. If it is observed that a certain section is taking a longer time than anticipated, it is likely to have a debugger attached. The most common examples of functions used are: IA-32 RDTSC instruction (real-time stamp counter), GetTickCount, timeGetTime, and QueryPerformanceCounter. A developer has to just decide which functions need to be protected through the timing attack strategy, and surround the different blocks of code in a timing block, and compare those to a set of programmer set limits. He/she can then exit the program if the time limit is exceeded.

There are some specific anti-reverse engineering methods that use the peculiarities of Windows OS to help developers protect their codes from hackers. Some of the key functions are:

They exploit the Windows process environment and management system to implement protection. Some of the techniques are:

This is a technique to counter dumping, where a protected executable’s snapshot is saved onto a disk. The prevention of dumping can take place via multiple methods like the below:

Debuggers often have problems dealing with IA-32 instructions, and this feature is exploited by this set of techniques. A list of some of the techniques:

This technique is used to check if WinDBG is running in the background. It is still at a nascent stage.

As can be seen above, anti-reverse engineering techniques are pretty useful to limit hackers from gaining access to an application. The only issue is that hackers are getting more sophisticated when it comes to attacks. They learn the tricks of the trade far quicker than companies can react. Hence, a robust proactive approach towards cyber security is better than a passive one. Though of course the above techniques are useful, a well-thought through application security strategy, with a special focus on mobile applications, can prove to be a smarter move. And we can help. Get in touch with us today to know more!

Why Mobile Platform Security Measures Are the Need of the HourAppSealing News, AppSealing Blog 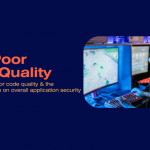