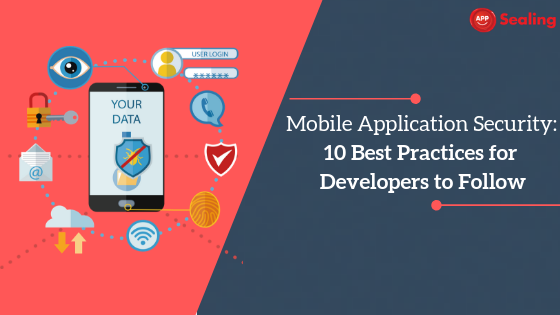 With more than three-quarters of Internet traffic being sourced through mobile devices, apps have become an ubiquitous and indispensable feature for the corporate world, with many shifting their very core businesses to mobile applications. In such a scenario, developers should accord highest priority to app security needs, as they usually store users information and involve financial transactions. Security often becomes a make-or-break moment for such apps, raising the stakes essential to mask apps from the ever-looming threats posed by cyberattacks.

However, the good news is that most security features can be taken care of by developers during the app-building process. Developers need to be aware of best practices in the app-security ecosystem to ensure that their product has no leakages. Here is a list of Top 10 practices that developers can incorporate to ensure that mobile applications are capable of staving off security vulnerabilities and continue to hold their customers’ trust.

Since most user data is stored on the app’s host server, developers must ensure that all database tables are encrypted and cannot be read without requisite authentication keys. They should keep in mind that the security of data kept at host servers is their primary responsibility, as users have no control over it. Developers must ensure that a malicious attacker does not get access to the hosted data in the original form under any condition.

Security experts find third-party libraries and extensions to be easy prey hotspots for hackers. Developers often use them in their codes without thoroughly reading through documentation to get a hang of security vulnerabilities. Such libraries may act as popular vector for malware and, hence, break app integrity.

A badly designed API can result in an open, unsecured gateway for malicious activity to be performed, especially through the data push which happens between different nodes, databases, and mobile apps. Developers must write their APIs in such a way that all injections are protected, so that resources can be secured with proper authentication mechanisms, like OAuth.

A dynamic, ever-listening security layer should sit over the developed mobile apps, so that any malicious access can be tracked and app integrity ensured in the real time. This process should be resource-generic in nature as well as listen to unauthorized memory access.

Since user sessions on a mobile device last longer than on desktops through cookies, it becomes tricky to properly handle sessions in an apparent trade-off with user convenience. The challenge for developers here is to ensure that user experience is not compromised and user data and code are protected. The solution lies in not having a predictable session. Developers must configure apps in such a way that session information is obfuscated continuously.

Developers must ensure that all keys are hashed with the most advanced cryptographic standards, like AES encryption with SHA-256 hashing, without hardcoding them in the application itself. Both keys and certificates should be kept secured, as simultaneous access to them makes any algorithm null and void.

Providing a Secure Socket Layer (SSL) on the data exchange between the client and the server often is thought to solve the meaty purpose. However, there is much more to data transmission security than just adding an SSL. There has to be a proper verification, a reasonably strong key with sufficient length, and proper authentication of SSLs issued by the third party before communication is established with the server.

In the hurry to meet “Time to Market” target, developers often adopt insufficient testing strategies, which make their code bases and dependencies unsecure, thus rendering the application open to attack. OWASP standards act as a beacon for ensuring rigorous and up-to-date compliance of app with security standards. Continuous Pen testing yields vulnerabilities, which should be patched as soon as they are found. Hence, developers have to wear the hacker’s hat before releasing builds for public usage.

Since the client’s storage environment may not be immune to security breaches, it is not advisable to store crucial information on the user’s device whose business is critical in nature. Even more important is the vulnerabilities of the data stored in the client’s storage. The user may not even be aware of the “leaky” behavior of their device, thus eroding the trust in the app. The answer lies in the storing all crucial data in a secured environment on the server.

In a nutshell, security aspects in a mobile app play an important role in meeting business goals, but they have to be delicately balanced with the needs for maintainability, performance, and the best user experience.

All the above mentioned practices enables you with the necessary mobile application security to help safeguard the app and the data within. For more details you can contact the AppSealing Team: contact@appsealing.com 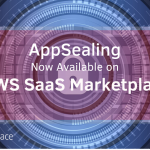 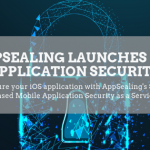